No matter the climate, the underbelly of every vehicle needs proper care and protection. Undercoating helps protect your vehicle against rust and corrosion. Seals on the underbelly parts have gotten a lot tighter and more effective at keeping out dust and moisture, but there are other factors to consider. Poor roads, rocks getting thrown from the tires and denting the metal, and corrosion from road salt in the winter all play a huge part in the damage or decay of a vehicle’s underbelly. Used vehicles especially will need a little underbelly protection — while it’s already been exposed to contaminants and rust, applying undercoating will prevent further damage.

The Difference Between Rust Protection and Undercoating

The Importance of Preventing your Vehicle from Rusting

Rust is unsightly, unsafe, and it could also make you lose money on the investment that you made in your vehicle. Oftentimes unsightly rust occurs because of road salt, a necessary evil. Without road salt, the roads would not be safe; they would be filled with ice and snow, causing vehicles to slip and slide every which way. Salt does its job by creating a chemical reaction that lowers the temperature necessary for water to freeze, allowing the ice to melt and making the road safer. Unfortunately, this salt can also do serious damage to the exterior of your vehicle. In recent years many municipalities have chosen to use a magnesium chloride based road salt, which is even more harmful to the exterior of your vehicle, which makes it even more vital that you understand how and why rust prevention is necessary,

How Rust Occurs on your Vehicle

Rust, as it is normally called, is really iron oxide. The body of your vehicle is made from iron. When that iron is combined with oxygen (from the air) and water (from the road), you have the perfect combination for iron oxide, or rust. Water on its own is not the best electrolyte, meaning that the rusting process would go much slower if pure water alone were to make contact with your vehicle during the winter. Unfortunately, in snowy areas, when salt is used to melt the ice that turns it to salt water. As the salt water hits your vehicle and buries itself in the nicks and cracks that have occurred from normal driving, you have a good chance that rust is going to occur. 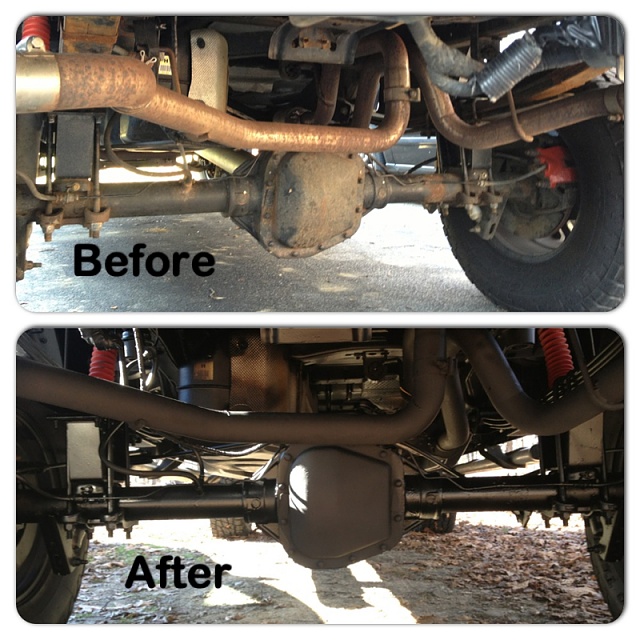 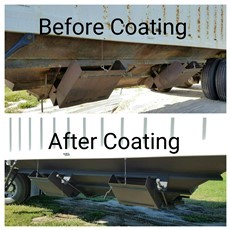 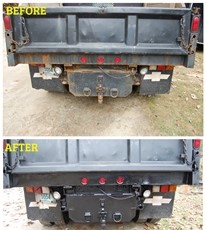 New Vehicles can Rust Too

Many people mistakenly think that a new vehicle will protect against rust. Yes, it is true that most new vehicles are made with some type of corrosion resistant materials, including a clear coat paint that creates a barrier between the salt and the metal of your vehicle, but oftentimes this is not enough. This is especially true if your vehicle is more than five or six years old because natural weathering and wear and tear has occurred on your vehicle, making it more susceptible to rust. This means that no vehicle is 100 percent safe from rusting without proper protection. The earlier that you treat your vehicle, the less likely you will be to have rust occurring, because once rust starts, you cannot stop it or reverse it.

The first thing that you should do before winter even hits is to thoroughly wash and wax your vehicle or have a high quality paint sealant applied.. This will provide it with a good base to fight off the damage that the magnesium chloride could cause when you start driving through the ice and snow. In addition, you should continue to regularly have your vehicle washed throughout the winter. The longer that you allow the salt to sit on your vehicle, the larger the chance that it will begin to eat away at the metal and cause rust. Wherever you have your vehicle washed, or if you do it yourself, make sure that all soap and residue is rinsed off and that your vehicle is thoroughly dried to continue the fight against rust.

Stop Rust from the Inside

Unfortunately, rust does not only occur on the exterior of your vehicle; it occurs on the interior too. As you drive through salt water and other treacherous winter conditions, the water, snow, and ice hit the interior crevices of doors, trunks and various vehicle panels, causing rust to start on the inside and work its way out. Before you allow that to happen, have a quality rust inhibitor/cavity wax applied to these areas. This protection will keep the water from seeping into the areas and causing corrosion.

The Under Carriage Takes a Beating 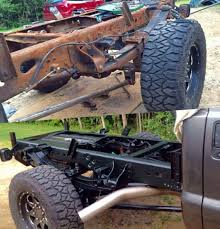 Inspect your Vehicle for Damage

As you drive your vehicle on a daily basis, chances are it experiences plenty of dings and marks from rocks, other vehicle doors, shopping carts, and various other types of debris on the road. While a little scratch or mark might not seem like a big deal to you, in a few months that little mark could turn into a rust spot, which will eventually take over a larger area of your vehicle. If you have dings, scratches or other marks, no matter how small, have them touched up right away to give the metal of your vehicle the protection it needs.

The best way to ensure that your vehicle does not become taken over by rust is to maintain it properly. Regularly washing and inspecting your vehicle is your best defense against unsightly rust. Also, providing an extra layer of protection by using rust prevention products specifically meant to fight magnesium chloride will give your vehicle its best fight against road salt and rust. Protect the investment that you made in your vehicle and make it as safe as possible by preventing rust from occurring. The earlier that you act, the more likely it is that your vehicle will remain unaffected by rust.

Magnesium Chloride is a threat to motor vehicle bodies & frames.

Corrosion is a bigger problem than ever before because of changes in the way DOT’s now de-ice the roads and highways. Over the past 15 years, it is estimated that the costs associated with corrosion caused by anti-icing chemicals have increased more than tenfold.

$30,000,000,000! is the amount that the Federal Highway Administration estimates that corrosion costs the nation’s transportation industry. A lot of this is due to the increased use of MAGNESIUM CHLORIDE.

Over 38 states are currently using some sort of MgCI or CaCl to de-ice their roads.

Magnesium Chloride attracts moisture from the air making it more aggressive than salt because it is active even when “dry.”

One engineer states “MAGNESIUM CHLORIDE is basically ‘liquid rust.’ It clings to everything, and it attracts moisture – and it does not wash off easily”.

Tractors and trailers can be harmed even more when they drive through counties using different de-icers. Picking up all three chloride salts – calcium, magnesium, and sodium – makes corrosion even worse.

The downside to MAGNESIUM CHLORIDE and CALCIUM CHLORIDE as de-icing agents are varied and serious regarding the potential increase in maintenance time and costs. State and local DOT’s may apply these chemicals before any snowfall, increasing the likelihood and degree of exposure to cars, trucks, and trailers. These materials are especially destructive because of their ability to cling to the underbody of a vehicle and re-crystalize as they slowly dry out. By nature they attract and absorb moisture from the surrounding environment, keeping them in a semi-solution state for extended periods, which multiplies their corrosiveness.

Regarding trailers, road chemicals may affect a variety of components: structural members, suspensions, support gear, and top and bottom rails, to name a few.